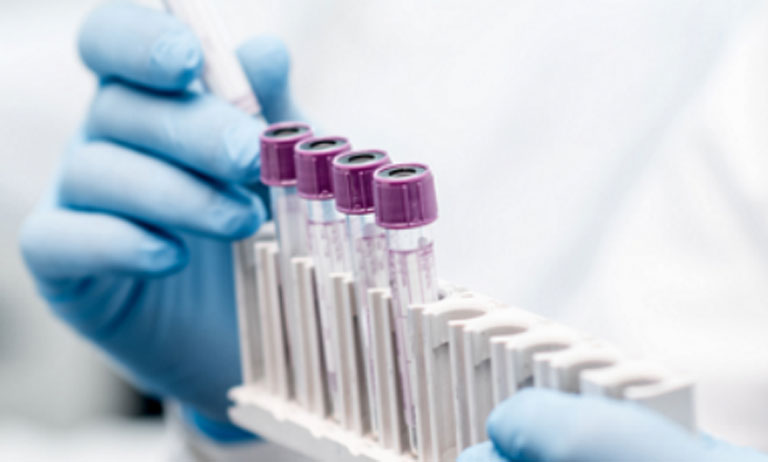 The role of biomarkers in the diagnosis of Alzheimer’s disease

Alzheimer’s disease (AD) is the most common form of progressive neurodegenerative dementia in the elderly and is clinically characterized by progressive impairment of cognitive functions, including reduced critical ability, inability to make decisions, difficulty orienting, and in the more advanced stages from behavioral disorders and reduced verbal ability.
In recent years there has been a growing interest in finding biomarkers so that the disease can be diagnosed more accurately and if possible in its early stages.

Such biomarkers are in the cerebrospinal fluid the amyloid Ab42, the tau protein and the phosphorylated tau and the control of the amyloid pathology in the brain by PET scan.
Both the cost of the PET scan and the fact that the lumbar puncture for the study of biomarkers in the CNS, is an invasive examination led to the search for new, reliable and easily accessible biomarkers.

Such substances under investigation are found in saliva, urine and peripheral blood.

Saliva control is already being used in the control of hormones as well as in the detection of drugs.

Studies have shown that levels of Ab42 amyloid are detected at lower levels in the early and middle stages of the disease, while in the advanced stages the measurements are at the same levels as in non-patients, which reflects the changes in Ab42 amyloid in the CSF depending on its progression. disease.

Similar to tau protein, the pTau / rTau ratio is significantly increased in patients with AD (compared to healthy controls).

Of particular interest is that those in the healthy study group with marginally low lactoferrin levels developed Mild Cognitive Disorder during the study, making this protein a possible tool for early diagnosis of AD.

Regarding urine, there are three substances that have been studied as possible biomarkers: histoprostane, glycine 8-hydroxy-2D-deoxyguanosine.

Isoprostane has been found to be elevated in patients with NA and its levels appear to be associated with the severity of the disease and thus could be used to detect patients with an increased risk of developing MCI.

The study for the possible detection of AD-related biomarkers in peripheral blood has been met with great skepticism in recent years.

The main reason was the low levels of these molecules in the blood due to the blood-brain barrier, which on the one hand protects the brain from possible exposure to toxic substances in the blood but on the other hand prevents the release into the blood of substances that are detected at high levels in the blood. Central Nervous System.

However, a small percentage of these substances are released into the bloodstream.

The discovery of new techniques such as SiMoA and high-sensitivity ELISA has revived interest in the study of biomarkers in the blood of patients with AD.

With the new techniques, the Ab42 / Ab40 ratio is consistently low in patient groups and these findings are 90% verified after a PET scan.

The ratio Αβ42 / Αβ40 could be used as an initial examination and for pathological result to complete the control with PET scan and determination of Αβ42 in the cerebrospinal fluid.
At the same time, 2 other methods of controlling Aβ amyloid in peripheral blood have been developed.

The first concerns the morphology of Aβ and the detection of the percentage of pathological forms of Aβ amyloid and the second the quality control of Aβ42 in the plasma of patients by the IMR method.

Regarding tau and ptau protein and while the findings in the CSF are a very reliable indicator for the diagnosis of AD, the study in the peripheral blood did not show promising results.

The reason is that even in the clinical stage of AD the tau levels are slightly increased compared to the healthy population.

Recent studies by Mielke and colleagues at the Mayo Clinic have shown more reliable results using the SiMoA method, and an association between elevated tau levels and the likelihood of switching from MCI to SE has been observed.

The most reliable and stable indicator of neurodegeneration are the low-limit neurofibrils which are detected in the serum of patients with the extremely sensitive SiMoA technique.
NfLs (Neurofibrils) are a special part of the cytoskeleton of nerve cells and their levels increase after neuroaxial damage, not only in the cerebrospinal fluid but also in the blood.
Of particular interest is the measurement of their levels in familial forms of AD where even in the preclinical and asymptomatic stage of the disease consistently high values ​​are detected which as a product of time and with the worsening of the disease increase their levels.

Correspondingly increased values ​​are also found in MCI cases with the levels increasing with the transition to AD.

The evolution of research into the discovery of a reliable biomarker (mainly in peripheral blood) is relevant if we consider the optimistic messages of the DMT studies in Alzheimer’s Disease.

DMTs appear to be effective when administered early in the course of the disease and therefore early detection of patients, even in the preclinical stage, through biomarkers will be perhaps the most important step in the treatment of the disease.